On Friday 6 November, Ara dual enrolment students celebrated the end of a successful year’s study – despite COVID – at both their high schools and at Ara.

The event, which was held at Ara’s Woolston campus, featured an eye-popping array of new powertools available from Bunnings and a sausage sizzle cooked up by Bunnings staff – both of which proved very popular with learners and their families who were also in attendence, contributing to a supportive and fun atmosphere in the Carpentry Barn. 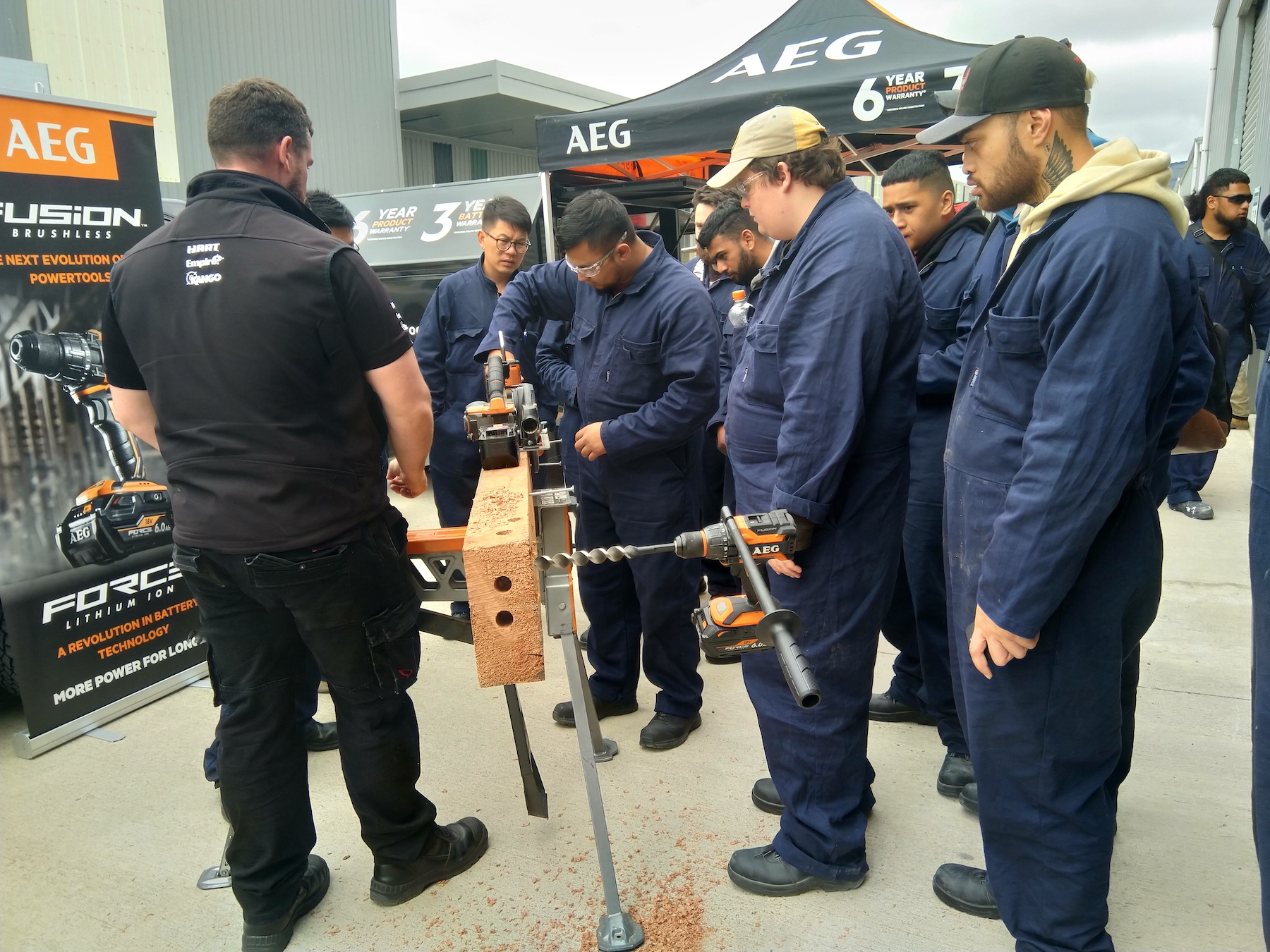 The Dual Enrolment programme at Ara allows students who have an interest in the trades to complement their secondary school education with Level 2 and 3 courses in Construction, Carpentry, Agricultural Engineering, general, Electrical and Automotive Engineering, and Plumbing. 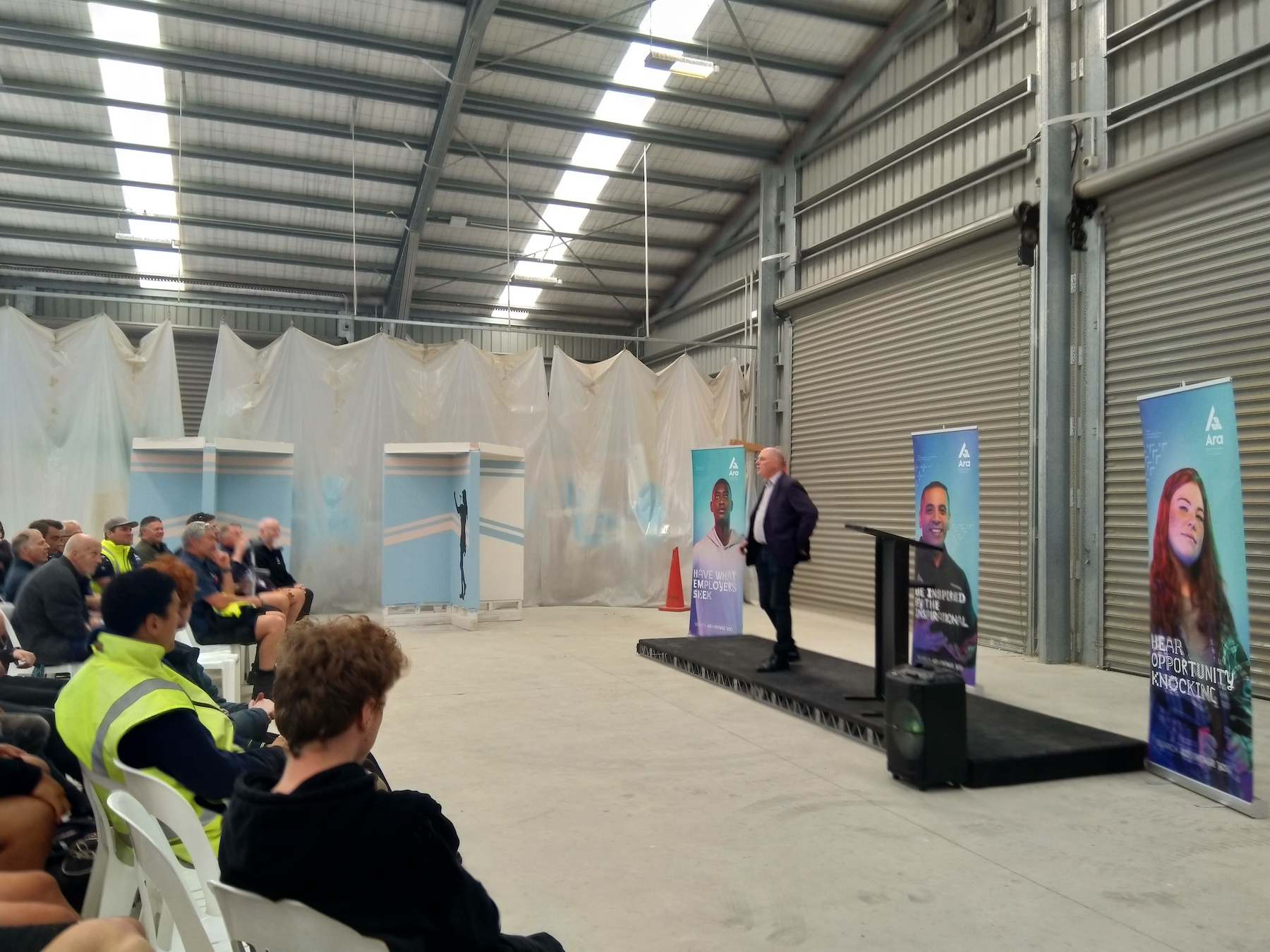 Peter Harrison teaches General Engineering, Fitting and Machining, Toolmaking and Fabrication at Ara after working in the North Island for many years. With two teenagers of his own, he recognizes how significant these years are for the future careers of many young people. “I feel like I understand the life-stage that many of my students are in, and some of them are quite vulnerable at this point of their life” he says, citing modern pressures on young people that include the temptations of drugs as well as the distraction and insecurity caused by social media. Peter, who makes a point of trying something completely new every seven years, tries to communicate the importance of being open to novel experiences and influences to his students, and he uses his creative side to think of new and engaging ways to keep his students interested. “Most of my students are ‘kinesthetic learners’ who are attuned to learning in a hands-on way, so the challenge for me now is to find meaningful ways to incorporate engagement with online learning with my students’ project work.” 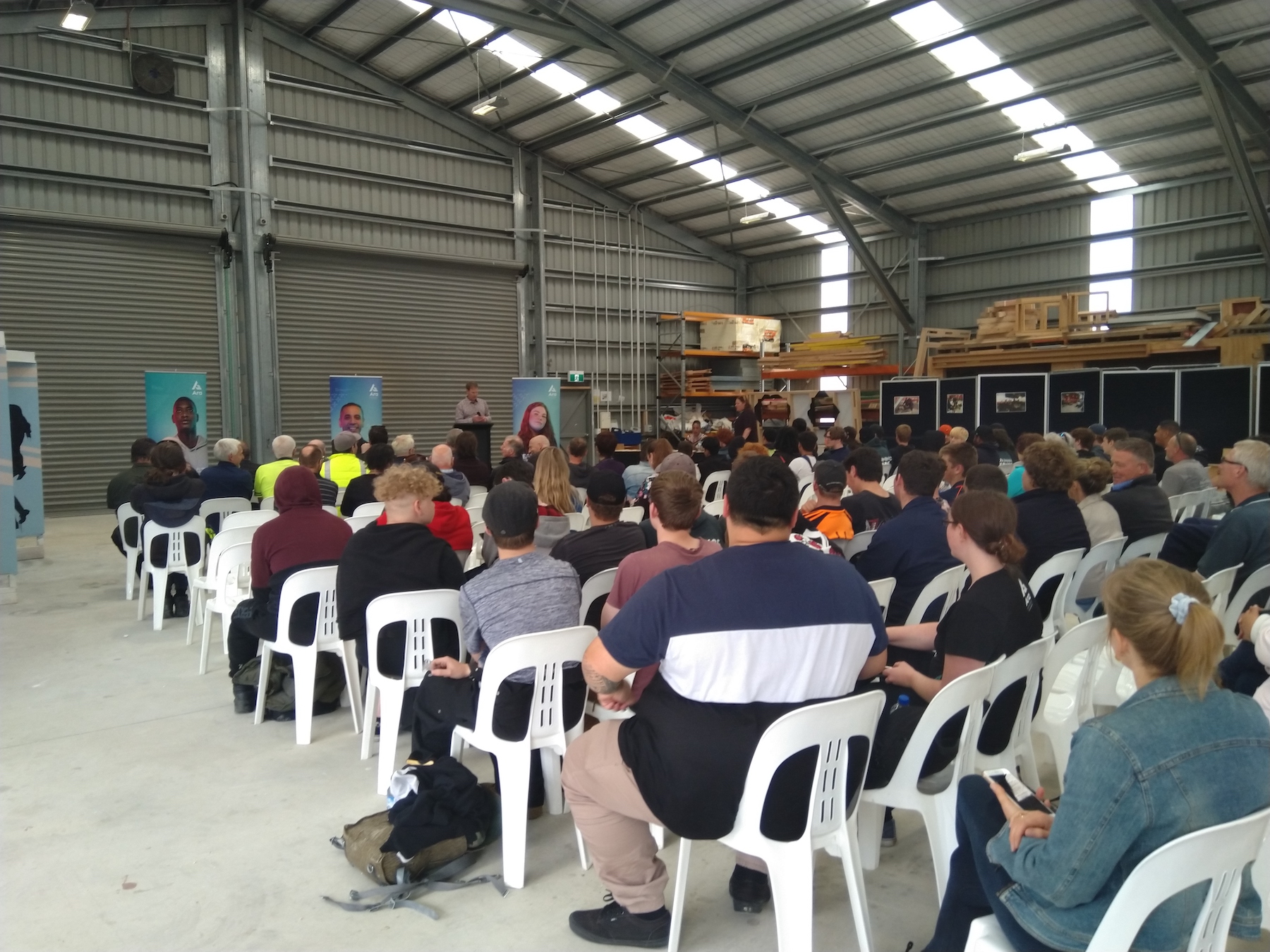 Despite the challenges, it would appear that Peter, like other tutors at Ara’s Woolston Trades campus, is doing something right, as the group of students who were selected to speak to the assembled group during the ceremonies all cited the perseverance and kindness of their tutors as important to their success. 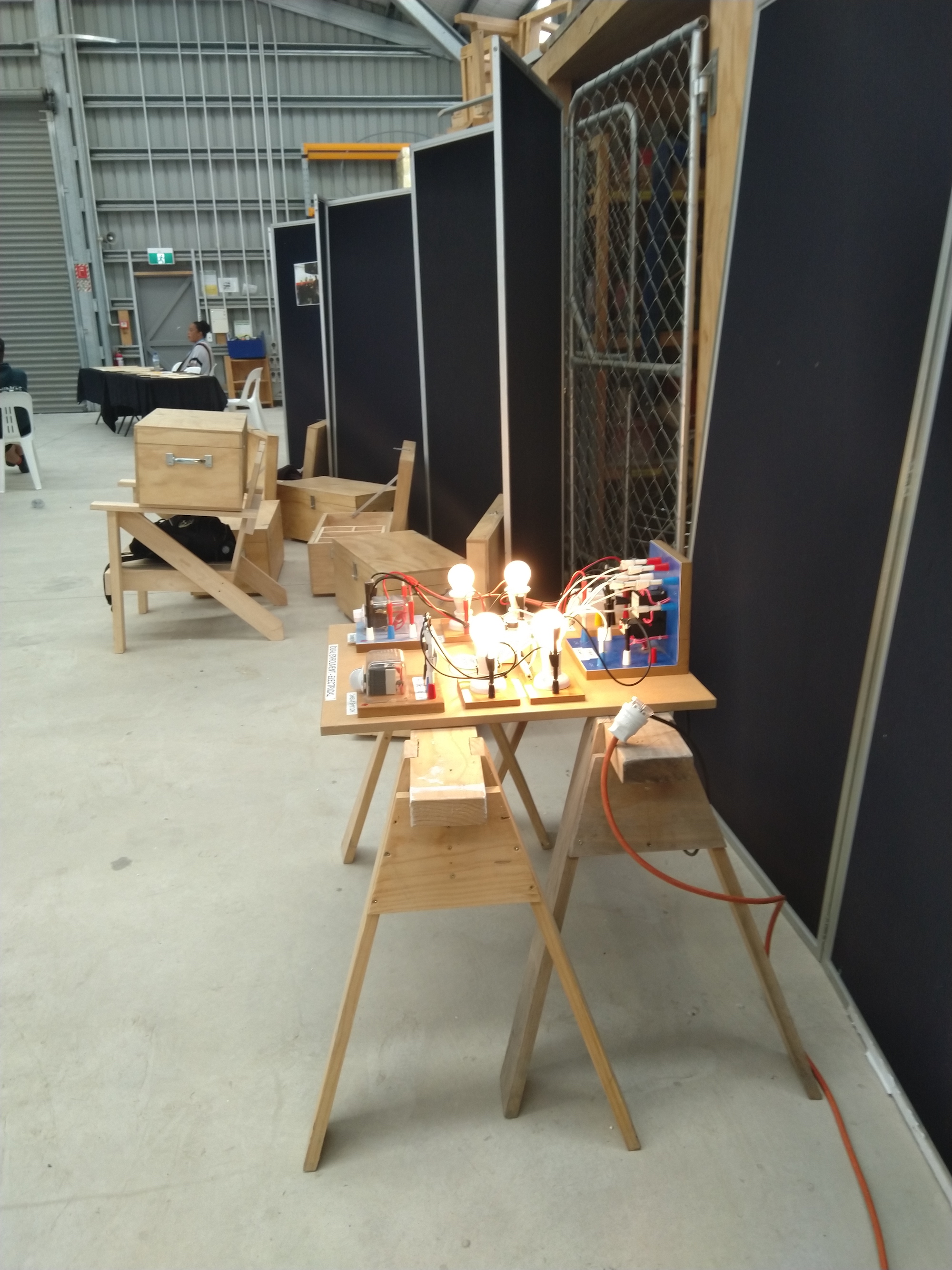 Michael Amos who was studying Introduction to Construction (L2) said “what I loved about the course was that the tutors were really nice. I’d like to come back next year full time for Level 3”, and Connor Smith summed it up by saying “All of our learning was super-beneficial. This year I personally think that I learnt more, and achieved more, than I did at school. It was engaging, interesting, fun and very inspiring.” 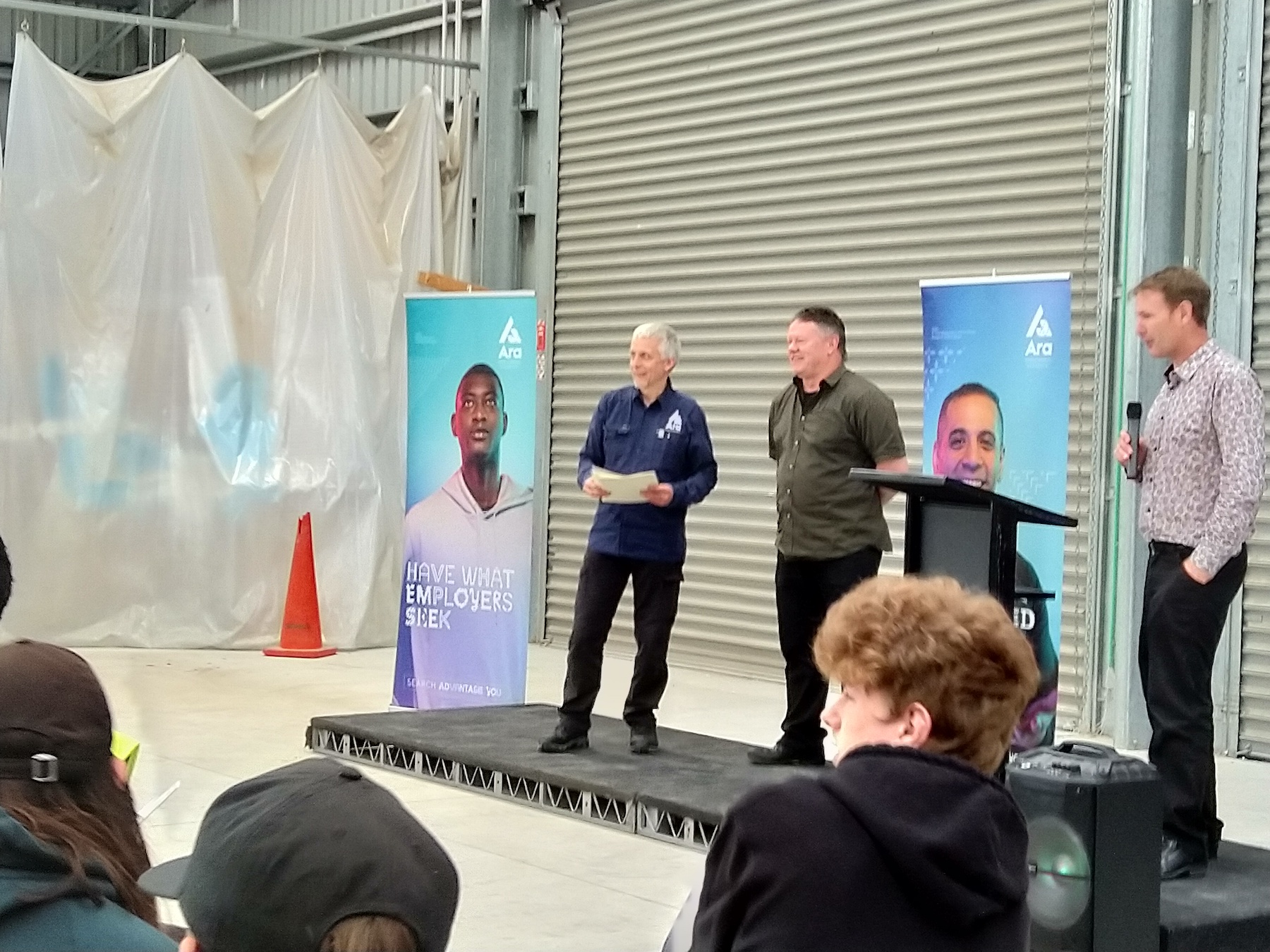 Likewise, Dennis Taylor, HOD of Trades thanked the teaching staff, saying “they make things happen on a daily basis, they keep you on track, heading towards the goal.” The efforts of the Department’s support staff were also recognized, with Mr. Taylor praising the work they do to keep learners “on time, on target and on-focus”. He also took the opportunity to underline the importance of the learners’ whānau, stating “I know you are here to support these learners, and I know that there’s been a lot of that going on at home – coaxing, cajoling and encouraging them towards this end goal.”

Ara’s Dual Enrolment program recognizes that high school students who are not fully engaged by the standard academic curricula or classroom learning style could and should be able to continue learning in whatever context best suits their interest and abilities. Rather than continue at high school under duress, or drop out all together, dual enrolment means that high schoolers in Years 11, 12 or 13 can earn NCEA credits while also getting some introductory Trades qualifications under their tool belts. The programmes cover a range of skills that are foundational to the carpentry, joinery, civil works, and painting and decorating sectors, and give the students the opportunity to work on a number of practical projects that develop tangible knowledge and confidence.