Outstanding Bachelor of Nursing student Hamiora Whanau has won the 2020 Sacha McKnight Cup for 2020, a prize cup that recognises overcoming the odds and personal challenges to shine during study.

Established by the family of Sacha McKnight and given annually in her memory, the prize commemorates rising star Sacha, who died from cancer during her first year of nursing. 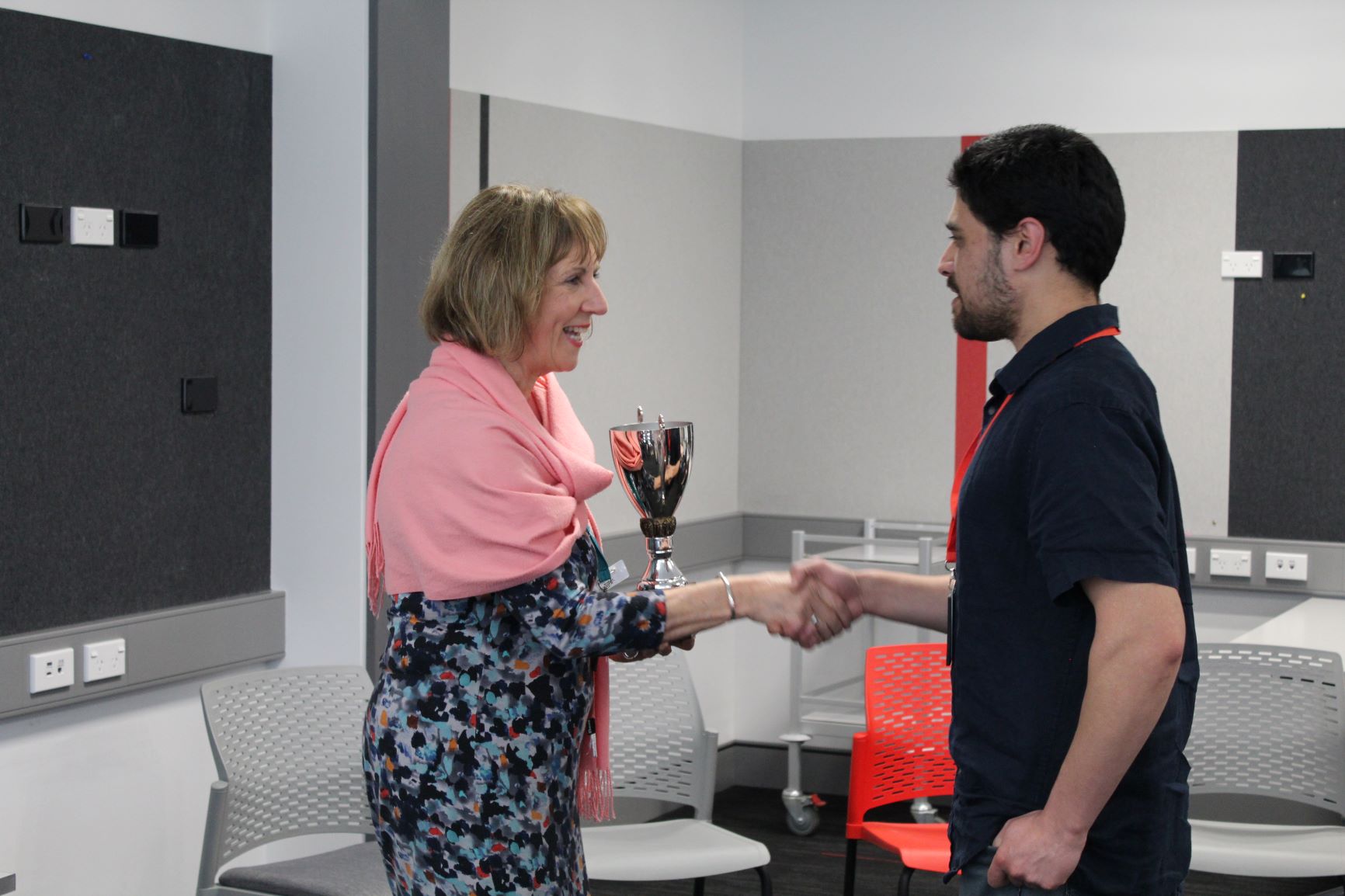 Hamiora was this year’s recipient because he has persevered with his studies even while he struggled with family issues, including an ill father who suffers from diabetes and cardiac problems. “I know that the prize is related to facing challenges and overcoming an ordeal during study, and I can think of a lot of people who could have won the cup alongside me, but I believe that I showed that I was able to persevere during times that were really quite challenging.”

Saying that his main iwi affiliations are with Nga Rauru and Ngati Ruanui from the Taranaki area, Hamiora was able to count on family support from other regions as well. “Most of my family are up there, but I’ve got whānau set up in lots of different areas in NZ.”

Hamiora is currently employed as a psychiatric nurse at Hillmorton Hospital, a position that he views as a critical part of the journey ahead for him, and an area within the health sector that he feels very strongly about.

“I know that it can be challenging, and that there’s a big shortage of mental health specialist nurses, but even before I studied my nursing degree, it was definitely something I had a passion for,” he says I’m a real believer in going straight up to the snake and cutting its head off; finding the root cause of illness rather than just treating the symptoms. Just patting someone on the back and saying ‘there you go’ is not how I approach nursing. Ultimately I feel that my main goal is to try and keep people out of hospital rather than treating them inside one.”

Hamiora was originally drawn to Christchurch after the city’s terrible second major earthquake in 2011. “I got myself stuck into the rebuild. I was very young back then, and I wanted to get into a line of work. There was a lot of opportunity down in Christchurch, so I came down with an uncle and we got into home decoration; painting, wallpapering and plastering, and I spent a number of years doing that.”

But with an incredibly strong legacy background in nursing, it was not long before Hamiora began to consider other career paths, one of which led him to Ara. “I have a number of family members who are nurses - a cousin and an uncle on my father’s side, then on my mothers’ side, I have a great-auntie and a couple of her children, my nieces.”

Connecting with his close whānau  - “Being Maori, I think you’re subjected to having a large family!” – meant having “a little bit of a sit-down with a couple of family members who were both nurses, and at the end of the day, I thought I could best impact the community through working in this field.”

Other options that were on Hamiora’s radar included education and social work, but it’s clear that he has found his place within nursing. “Nursing has started me on a very enlightening journey. It’s sort of opened up the world to me; bought me out of my shell and made me more closely connected to other people. Nurses basically have to be transparent and offer a shoulder to cry on, and just be there to listen really. I love it!” 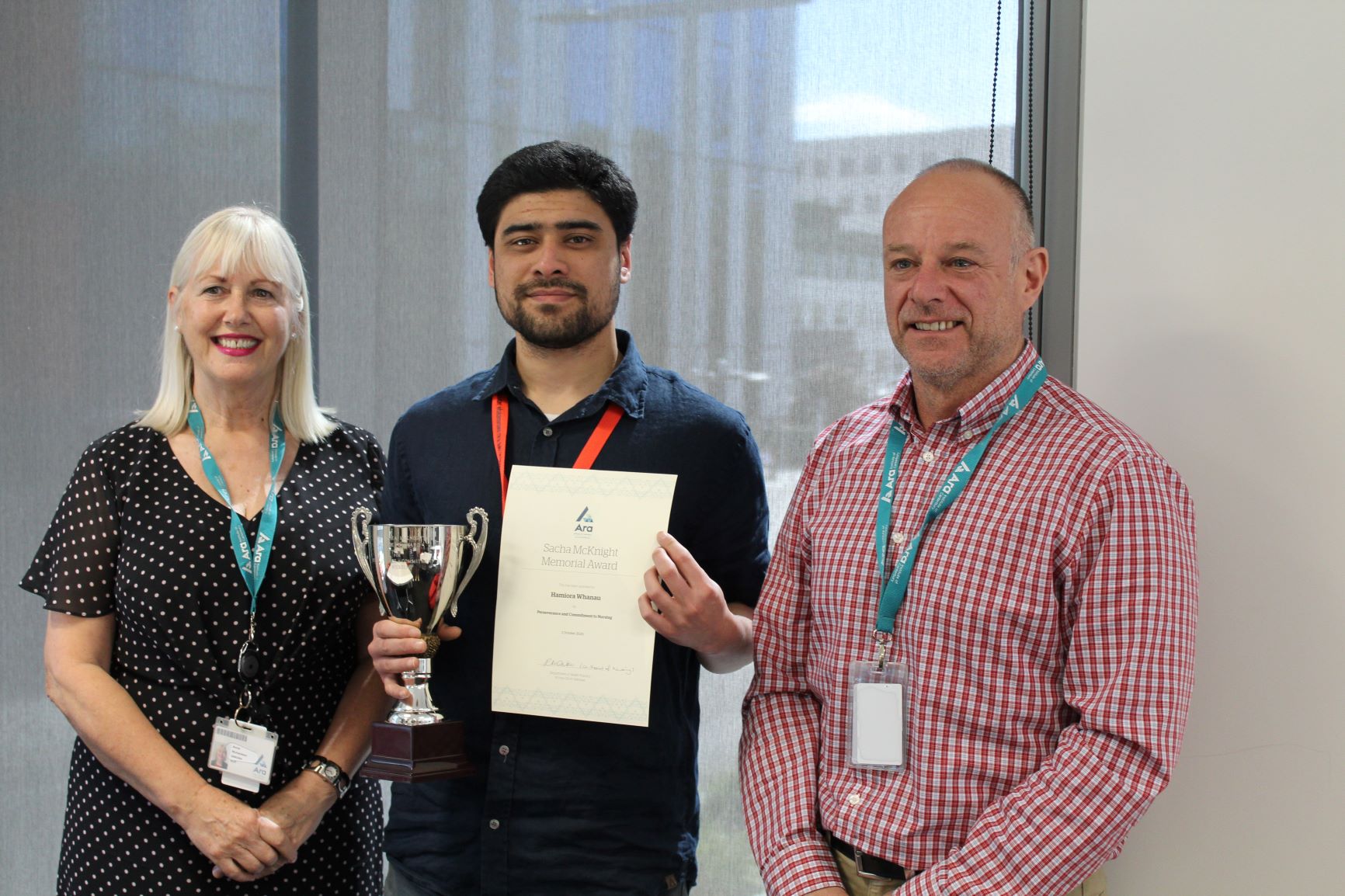 Ara nursing Tutor Bachelor of Nursing, Senior Academic Staff Member, Trish Thomson is a definite believer in Hamiora’s potential. She says “Hamiora stuck with his study despite his concerns for the health and wellbeing of his family, and I’m incredibly proud of both his industry and his holistic vision. All of us here at Ara wish him nothing but the best and we know that we’re going to hear plenty more about him and his career in years to come.”

Hamiora is however also open to having his pathway through the healthcare field lead him into other, related endeavours.

“I’d like to get some experience in the field and perhaps take that out to the community; then possibly I’d like to move into some form of primary healthcare, like working for a medical centre. So I’d be taking my mental health experience over to the community. Beyond that, I also have prospects of getting into education or a policy advisory role.”

Hamiora is certainly not ruling out the option for further study, saying that he’s taking part in the ‘NESP’ program, which offers new graduates the chance to take some post-graduate courses. Hamiora says “What it does is solidifies us into our role – it’s a big transition from ‘student nurse’ to ‘nurse’, and a very good head-start to one’s career.”